We all know the important role the board plays in hiring and reviewing the chief staff person in a nonprofit organization, but I've been thinking recently about a second important role our board is playing that is critical to our evolution as a foundation. That role is defining, articulating, and transmitting the values of the foundation as well as helping us determine how those values are practiced across the organization. How did our board do this, and why has it been so important?

When I joined Hauʻoli Mau Loa Foundation as the first staff person in 2008, the two founding board members who hired me were the only people affiliated with the foundation who had known its benefactor. When hiring me, they realized that they wanted to translate their knowledge of the benefactor's values and her aspirations for the foundation, which had not been well-documented, to those who would be working at the foundation and responsible for carrying out its mission. They also had a sense of wanting to ensure, as the board grew and as they would eventually transition off the board, that the next generation of board members were firmly grounded in what our foundation's benefactor valued and how she expressed those values.

As a result, the board, together with staff, developed a set of organizational values. Those values served us well for the first several years, and the communication of those values to staff were often accompanied by stories of the benefactor and how she practiced one value or another.

When we got ready to add a new board member, someone who would be joining the board with no knowledge of our benefactor, the founding board members decided we needed to develop a short document that could be given to new board members as well as new staff that summarized our benefactor's values and how the expression of those values have helped to formulate how we behave. We now think of what's in that document as “our DNA.”

Here's what we say in the introduction to this document: “Every foundation has its own history and culture, its own ways of implementing its mission. We think the essence of ours is a special “genetic code” inherited from our founder, but with careful adaptations, as applied over time—we refer to this as “our DNA.” DNA applied to an organization is a metaphor. We think our benefactor would have liked it as a model. With great foresight and trust in the foundation’s future leadership, she wanted her vision and principles applied with flexibility so as to adapt as appropriate to changes in the world around us.”

The idea of the document, how and why we developed it, and how we use it are fairly universal, but the content of the DNA document is by design, unique to our foundation. There are six topics in our two-page DNA document: Partnerships; Consensus-Driven; Abiding Love of Hawaiʻi; Impact; Staying Nimble; and Legacy of Our Benefactor. The piece serves as a touch stone for us. It is a reminder of how we behave and why. And, as Exponent Philanthropy's own Andy Carroll reminds me, it also gives us an edge, allowing us to take a stand on the issues we're most passionate about, and take action.

You can follow this link to our complete “DNA document,” which we see as a universally relevant document that needs to be drafted specific to each organization's unique values and expressions of such.

We used our DNA document when we began the process of adding a new board member. We found it provided a good tool for introducing the foundation to someone outside the organization and helping him/her better understand us. Also, we have found it helps someone considering a board position to make a determination about whether we are an organization that s/he is interested in becoming involved with. There is still a learning curve when joining any new organization, but this document, I believe, helps to set the context for learning, avoid surprises down the road, and shorten the length of the learning curve, just a bit.

We also have used the content in the DNA document to help inform actions we're taking. I recall recently, when I proposed to our board that we host a certain informational event, one of our board members quickly referenced the fact that such behavior is a part of our DNA and affirmed that the proposal was a sound one. Of course, I'm sure the reverse would be true, as well. If I proposed something that was inconsistent with our DNA, I know the board would draw that to my attention. And I, in turn, assume the same guiding role with our staff.

Whereas I know we will continue to grow and evolve, I'm confident that we will think carefully about moving away from our DNA and only do so with intentionality. Especially in the nonprofit sector, where we are founded on a mission, it is so important to know what your organization's values are and how those values help motivate and guide you in forwarding the mission. And, I am reminded, it is the board which sets the course and makes sure the organization is following it. 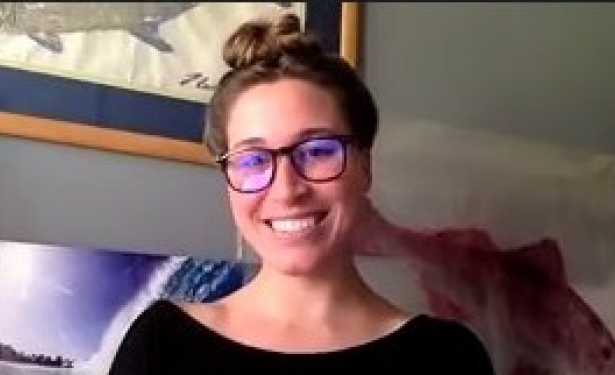